You’re helping to find, cure and heal dads like Agustino AND their families! Thank you. 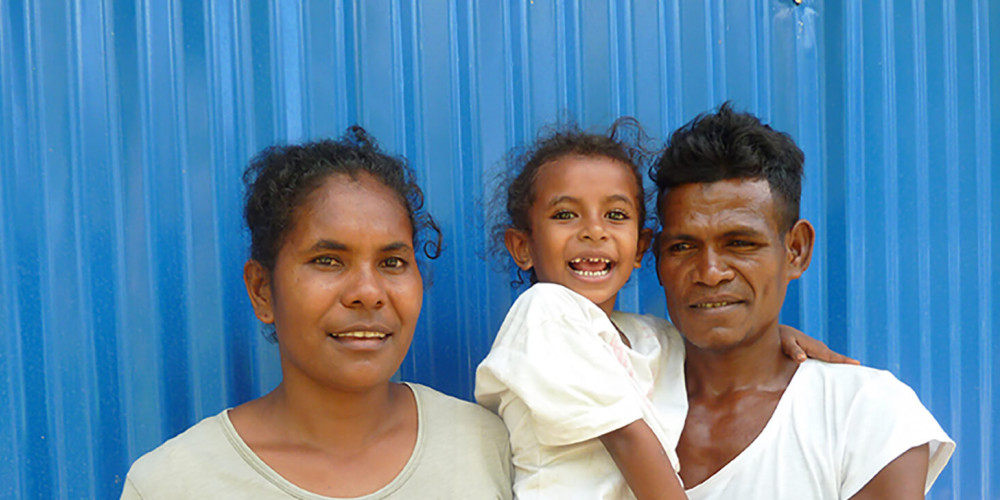 When Agustino’s sister, Nofia, was diagnosed and treated by The Leprosy Mission in Timor Leste, this family’s leprosy story didn’t just start or end there…

Your Better Health Project’s contact tracing activities revealed Nofia’s eldest brother was treated for leprosy almost 10 years ago. Not only that, while The Leprosy Mission team were interviewing the family, they also diagnosed her other brother, Agustino, with leprosy!

Agustino, a young dad, was already suffering impairment, so there was no time to waste.  Thanks to your support, Agustino was also started on Multi-Drug Therapy.

“The Leprosy Mission staff came to my village and checked me and told me that I had leprosy and I was started on treatment. Leprosy had made my life so difficult.” – Agustino

Agustino had been doing his best for his family.  He used to work in the fields. But leprosy had made things even harder.

“I was very unwell and I didn’t know what was happening to me. I had an ulcer on my foot and my hand became clawed. I just spent all day sleeping under a mosquito net to stop the flies from going
to my ulcer.” – Agustino

He’d had to stop working because of leprosy. But now, thanks to the support and treatment he has received thanks to people like you, he is healing.  And is well on his way to being cured.

“I started getting better and after about one month of taking the treatment and soaking/cleaning my ulcer. My ulcer is now healed.”

Agustino is glad his only surviving daughter, Annalise, has been screened and is not showing any signs of leprosy. For now, this proud dad holds on to the dream she will grow up to be just like her
mother who is working as a school teacher.

Please pray Agustino and Nofia complete their full course of treatment without further complications and their family can experience life in all its fullness, free from the consequences of leprosy.

If you’d like to help other leprosy-affected dads like Agustino, and their families, please donate via FREECALL 1800 LEPROSY (1800 537 767) or GIVE NOW

There’s more to us than leprosy! Studious Sita and her sister say thanks to people like you!