Leaving a Gift in your Will

Your Kindness Will Create A World Without Leprosy

The difference your kindness makes cannot be measured by money alone. Any sum of money left to The Leprosy Mission Australia (ABN 52 354 004 543) means you are helping ensure a leprosy free world.

Where no one suffers discrimination, stigma, or disability as the result of this curable disease.

In two generations we can make an end to leprosy transmission, and make sure no suffers from disability or stigma as a result. And you can make that possible by making a gift in your Will.

You have the power to help create a world where no child suffers from a disability caused by leprosy.

You can make sure no one suffers the loss of a job because they have leprosy.

You can make sure no woman suffers the triple discrimination of leprosy, gender, and disability.

We are so thankful to caring people like you for what you have already achieved.

You have helped achieve that. Now we are in reach of our dream, which is also yours, of a leprosy free world.

Of course, you’ll want to look after those closest to you first. And by including a gift for people affected by leprosy in your will you’ll also be giving them the gift of remembering you as someone who wanted to see a world which is better for everyone.

The words below are a suggestion only. Your solicitor will provide you the best advice on the wording for a Will.

the residue (or percentage) of my estate; or

the sum of $(amount)

How your gift can help ensure a leprosy free world

$500 – your gift can provide life-changing reconstructive surgery for one person affected by leprosy.

$5,000 – reconstructive surgery for 10 people affected by leprosy, so that they can use their hands and feet again.

$10,000 – fund active case finding in Indramayu, Indonesia. This will break the cycle of transmission in this district which has a high rate of leprosy.

Since 1913 The Leprosy Mission Australia has been working to make sure no one has to suffer from leprosy. We are independently accredited. You can find our annual reports here. 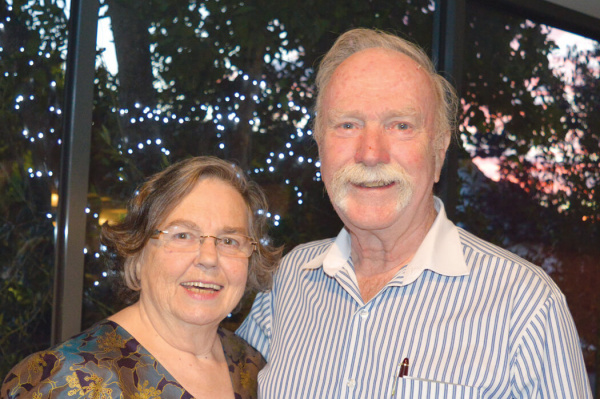 Faithful supporters Di and Barry Edwards have let us know that they have left a gift in their Wills.  They have spoken in the video above about the reasons for this decision.  To read their story, please click here:

Anjali lives in India. A few years ago, she felt tingling and pain in her left hand and a numb patch appeared on her left elbow. One day in school, she touched her finger and did not feel anything. But she kept this a secret.

Then disaster struck one winter. Temperatures were freezing. The only source of heat for Anjali and her family was a small fire. One morning after she had been warming herself, Anjali was horrified to see that both her feet were covered in blisters. They were badly burned, and she hadn’t felt a thing! All due to nerve damage caused by leprosy, a curable disease she didn’t know she had. Anjali needed urgent medical attention.

At The Leprosy Mission Hospital, Anjali was given Multi-Drug Therapy (MDT), the cure for leprosy. She was taught physiotherapy to prevent her hand from further clawing. All thanks to faithful supporters like you!

Each year gifts left in Wills help ensure healing to thousands of people like Anjali. After looking after those closest to you – your gift in Will helps ensure no children will have to suffer like Anjali.

Your gift in Will helps to achieve no child with leprosy by 2035.

You can read more about Anjali’s story in this downloadable booklet. 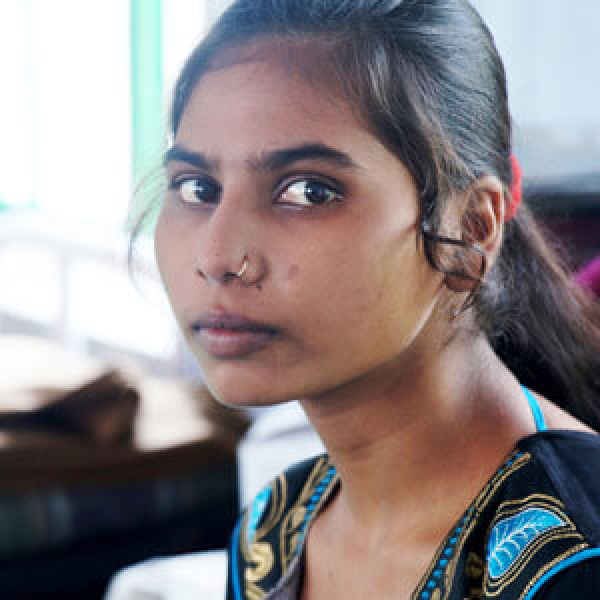 Why is having a Will so important?

A Will is for everyone. Not just for the wealthy. Everyone should have a Will, but more than 50 per cent of Australians never get around to it.  Without a Will, your assets will be distributed according to state law.  By having a Will, you can ensure that your wishes for your estate and yourself, will be carried out.  Your assets will be distributed in accordance with your wishes by providing for your loved ones and the causes you care about.

I don’t want my family and friends to miss out. What should I do?

We understand your loved ones come first.  Most of our supporters include a gift to The Leprosy Mission Australia after they have taken care of family and friends.  Ask your solicitor or Trustee Company about the best way for you to do this.

Do I have enough money to leave a gift in my Will?

Thousands of ordinary Australians leave a gift in their Will to a cause they are passionate about. Every gift left to The Leprosy Mission Australia – no matter how large or small – can make an enormous and lasting difference to people affected by leprosy.

How much will leaving a gift in my Will cost me and how long will it take?

The cost of putting together or updating your Will depending on how complex your personal affairs are. Wills don’t need to be expensive, or complicated but legal advice will ensure your Will is clear and effective. Ask your solicitor for an estimate.

Once you’ve made your decision, leaving a gift in your Will is easy to arrange.  A few phone calls and a visit to your solicitor or Trustee Company is all it should take.

Can I add a gift to The Leprosy Mission Australia to an existing Will?

Yes, it is as simple as adding an amendment or Codicil to your existing Will.  Please contact your solicitor or Trustee company and they will assist you with this.

How do I include a gift in my Will to The Leprosy Mission Australia?

You can use the suggested wording for leaving a gift in your Will listed above as a guide when speaking to your solicitor or Trustee company.  It is important that all gifts are left to The Leprosy Mission Australia (ABN 52 354 004 543).

Can I leave conditions about how the gift is used or requested a specific use for the gift?

We ask that you keep your gift quite general so it’s easier for us to fulfil your wishes in the future.  This also means we can respond where the need is greatest when we eventually receive the gift.  Let us know if you want to support an area or location of our work.  We are happy to discuss this and give you as much choice as possible.

Should I tell The Leprosy Mission Australia that I’ve included a gift to them in my Will?

You can tell us if you’ve included a gift in your Will if you want to. We’d love to hear from you, if that’s what you choose, so we can thank you for your thoughtfulness. All information you share with us is strictly confidential. By letting us know, we can understand your wishes and how you would like us to communicate with you in future. If you do wish to tell us, please fill out the form below.

Should I tell my loved ones about my Will?

This is a personal decision for you make, but we do suggest letting your family know of your wishes ahead of time.  Discussing your wishes with your loved ones means you can explain your decision and answer any questions they have.

If you’ve included The Leprosy Mission Australia in your Will or are considering it, please let us know, so we can thank you properly.

If you have any questions at all, please call Jolene FREECALL 1800 537 767 or email jolenem@leprosymission.org.au