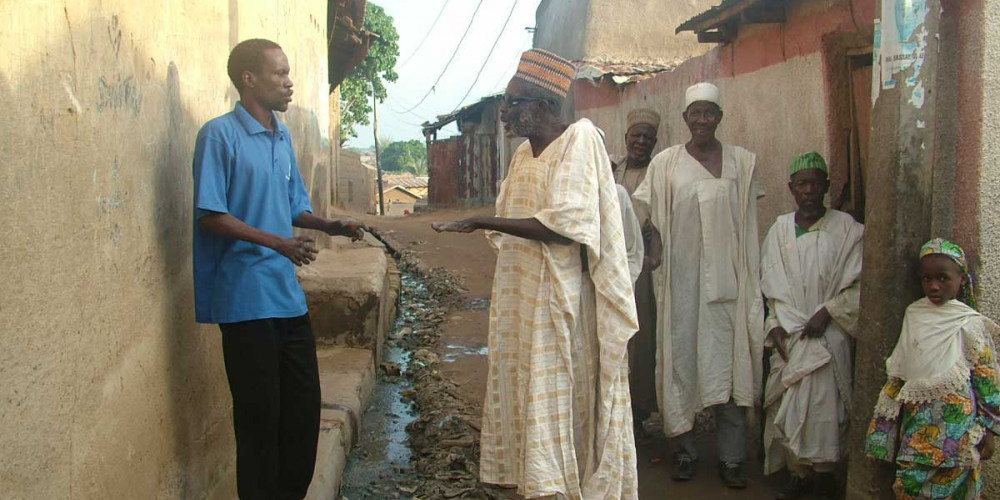 The verse above sums up my experience in 2005–2006, when I was working with The Leprosy Mission as a Prevention of Disability Facilitator, in Zamfara state, Northern Nigeria.

I was prompted to write as I was delighted to read in the recent KIT11 of Paul Andrews’ visit to the health clinic in Gusau. I was excited to read news that Shehu was now driving a car and still having great influence in Gusau.

Back in 2005, based in Gusau, I was privileged to work initially with Shehu S. Fada and later with his wife Ramatu in overseeing and setting up 39 self-care/self-help groups for people affected by Leprosy in Zamfara state. I also helped to obtain walking aids for clients with Poliomyelitis.

Shehu (pictured in blue t-shirt), who has since been a recipient of the Wellesley Bailey Award, celebrating the courage and achievements of those affected by leprosy, was then one of the government tuberculosis(TB)/leprosy workers.

As the only fair-skinned Christian woman in Nigeria’s first sharia law state, I was “different” and attracted attention. Not always positive.

There were also many frustrations. I was to visit and support the government TB/leprosy staff in running leprosy clinics, but their primary concern was often to ensure their TB patients completed their treatment. So advocacy for leprosy patients was key to their successful treatment.

Shehu was 100% supportive but was a busy man, often travelling for the disability organisation IDEA who had only just recognised people living with disabilities from leprosy as part of their organisation. As Shehu and I discussed finding someone to go into the villages with me, he came up with the idea of travelling with his wife Ramatu.

This had its challenges initially, as she did not have a formal medical training and neither of us spoke the other’s language well.

I was unsure, too, how she as a woman would be received by the male village elders. But she was God’s woman for the job, as proved by the test of time.

Initially our aim was to help the people in their gender specific groups to be clean and ulcer free. Culturally the women did not leave their homes in daylight hours so met in the courtyard of one of their houses. The men met outside under a shady tree.

In the Hausa language both Christians and Muslims call God ‘Allah’, and this proved very helpful in removing barriers when visiting villages and groups. After an initial prayer, one person from the group would sit in the middle and show their eyes, hands, feet and clothes for inspection for cleanliness, noting any redness to the eyes, any cuts or burns to the limbs. Their friends were not slow in giving them feedback as to how they were doing before themselves taking the central space. 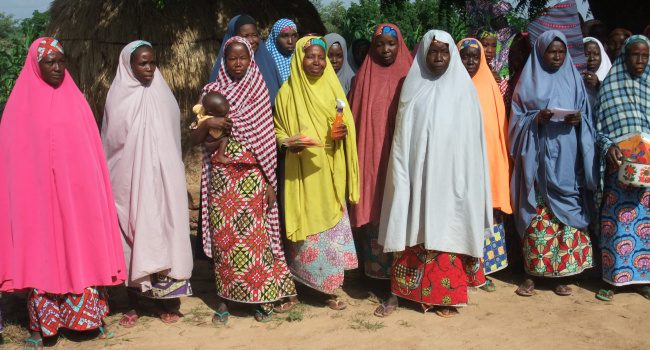 Once people were ulcer-free, and had started to trust each other, they would bring a small amount of money to the group, and the group would collect for a project. They might buy some day-old chicks, or bag of corn, and then divide the profits.

Later, individuals were able to borrow a small amount to start a small business. In our area there did not seem to be the stigma of buying vegetables from people with visible deformities from the time they had active leprosy.

One amusing memory was when I had received some Hausa language books on how to protect against HIV/AIDS. Ramatu was speaking to a group of very old women in a compound. I found myself thinking that this was not the main group to target. But when at the end of the talk we started to distribute the books many arms from younger women were extended over the walls. So, in this case the walls certainly had ‘ears’!

Please pray for Shehu and Ramatu. To support their work in Nigeria through The Leprosy Mission call FREECALL 1800 LEPROSY (1800 537 767) or go to: https://www.leprosymission.org.au/countries#tab--nigeria

Other Projects You Can Support

Love at first sight at Anandaban

Income streams – thanks to you!