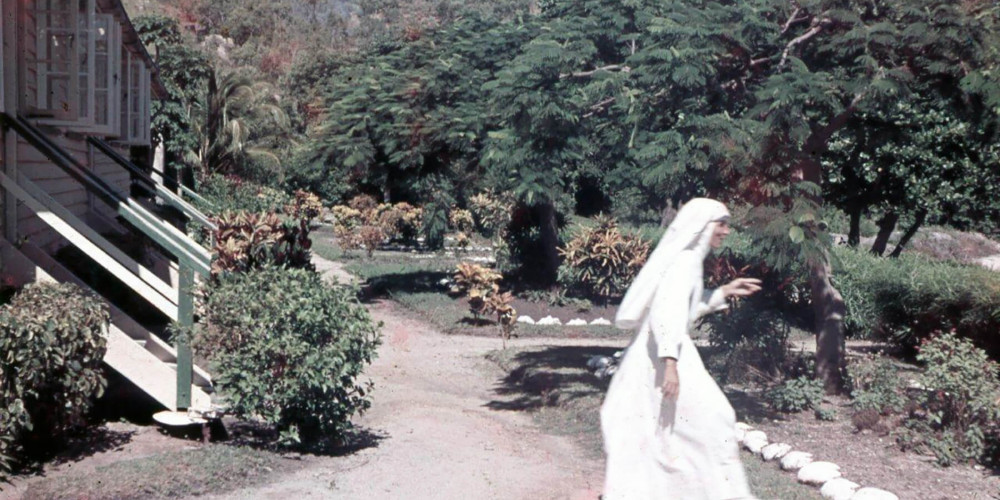 Joe Eggmolesse is a third-generation Australian South Sea Islander. His grandparents came by ship to Australia in the late 1800s. His grandfather came willingly. But his grandmother, at 16 years of age, was taken by force in a practice called “blackbirding”. In Queensland and northern New South Wales, the sugar and cotton industries enslaved islanders. Around 60,000 people came to Australia as “indentured labourers” in this way. In 1901, the government enacted two White Australia policies. They tried to get rid of “Kanakas” (South Sea island workers). After half a century of blackbirding, the practice finally stopped.

Joe’s family settled in Nambour. In 1945, at the age of seven, Joe was diagnosed with leprosy. The police escorted Joe on a “death train” to Fantome Island, an island off the coast of northern Queensland (photo above, courtesy of CityLibraries Townsville, Local History Collection). Indigenous leprosy patients were not allowed in carriages like white patients. They came on goods or cattle trains. Often in handcuffs, leg irons or with chains around their necks. Joe spent the next ten years on Fantome Island. He was far away from his family.

Joe lived in the island morgue, and cleaned the toilets and garbage bins. He received little pay. Joe says “When you lived on Fantome Island, you thought you were there to die. You called yourself The Living Dead.”

Peel Island, near Brisbane, was another leprosy colony. Before 1940 it served as a colony for both white and indigenous people affected by leprosy. A hut for white residents cost £58. A hut for indigenous and islander residents cost just £3. The Peel Island colony needed a renovation. The State Government Minister for Health, E.M. Hanlon thought this renovation “obviously could not be undertaken while mixed races were there”. So he sent the indigenous patients to Fantome Island instead.

Fantome Island began as a “lock” (prison) hospital and an isolation hospital for indigenous patients with sexually transmitted illnesses. It became a place to segregate indigenous people with leprosy.

“When you lived on Fantome Island, you thought you were there to die. You called yourself The Living Dead.”

The old response to leprosy was to segregate patients. This response is no longer encouraged. Supporting your projects help people stay connected or reconnect with their communities. Treatment stops leprosy in its tracks. Vocational training and micro-finance provides a sustainable income. Counselling overcomes psychological barriers. Community awareness frees people from stigma. You provide people affected by leprosy with hope and dignity. You should be proud of what you make possible. Thank you.

The powerful feature-length documentary “Fantome Island” tells Joe’s story. It shows the unique difficulties that Joe faced as an indigenous person affected by leprosy during the 1950s. You can also visit the Peel Island museum at Fort Lytton. For more information enquire with the Friends of Peel Island Association.

Helping people affected by leprosy and the importance of prayer

The Joy of gaining a leg. Your compassion and prayers give reason to celebrate.

The heartbreak of losing your leg. What would you do in Mr Singaravel’s place?