Restored because of you, thank you! 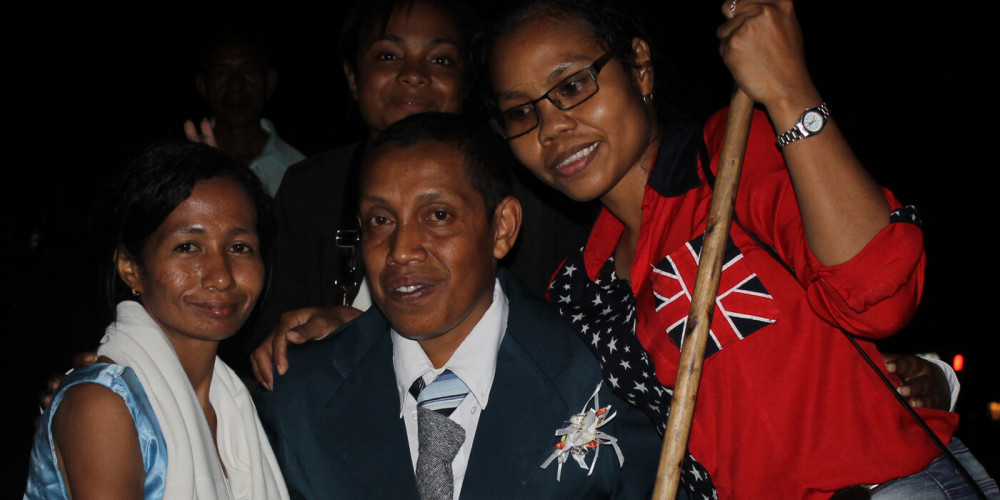 Once shunned due to leprosy, Joel is now a man with a vision. “I want to see people with leprosy access everything – education, and their rights!”

In Timor Leste, Joel’s experience was like so many with leprosy – one of loss.

In 2005, he found leprosy patches on his face. He lost movement and sensation in his hand as it began to claw. His friends abandoned him and even his family wanted to have nothing to do with him.

But thanks to supporters like you, his life turned around. Through The Leprosy Mission, Joel received the treatment he needed. He also found new friends and he found a new mission in life!

Multi Drug Therapy (MDT) cured his leprosy. Surgery and physiotherapy means he now has better movement in his hand.

And although he had to drop out of college, The Leprosy Mission field workers encouraged him to work instead to help others with leprosy and disabilities.

This has become Joel’s new vision. Now working as the head of The Leprosy Mission’s Rights for People with Disabilities project, he works to show people how to advocate for their own rights to their communities and to the government.

He is also passionate about helping people affected by leprosy and disability to access their rights.

This includes the right to be accepted and included within their communities and not be shunned or ostracised. To be given the treatment they need and not be hidden away. To be educated and follow their dreams. To earn an income and be self-sustaining. To live with dignity.

“In Timor Leste, people believe that those with disabilities cannot do anything. I explain to families and local leaders that in the future people with leprosy and disabilities can be included in the community.”

What a joy to see Joel restored in his body, restored to his family and now working to stop others suffering as he did! Thank you for your support.

Joel will be visiting Australia in September and October. He will also be participating in The Leprosy Mission Australia’s inaugural International Partners Day on October 12. To find out where he will be speaking near you or to join us on October 12, please call 1800 537 767 or go to: www.leprosymission.org.au/events

“Thank you for your prayers and support for Timor Leste”

Please keep praying: “I feel like I had died already.”

Thanks Friend, To your kindness people like Sunil are able to continue their education throughout treatment.

God’s abundance through your prayers.