Healed and cured after five years of pain – thank you! 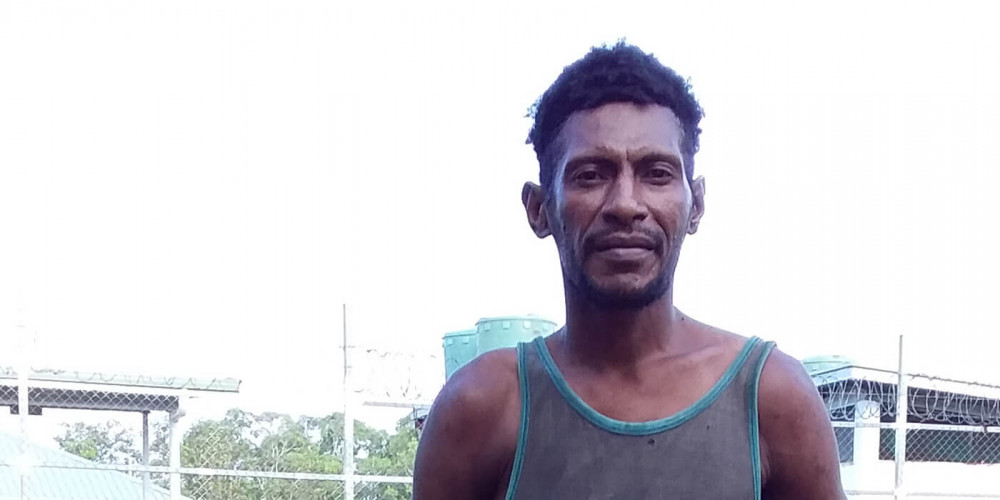 Mer Toge first realised something was wrong when he noticed changes on his face. His wife and friends also observed that his face and ears were thickening.

A trip to a leprosy clinic in Papua New Guinea’s Western Province soon confirmed his worst fears. Mer Toge had leprosy. Feeling embarrassed, Mer Toge began to withdraw from his friends. He barricaded himself inside his house. His friends began to avoid him.

Mer Toge started leprosy treatment but saw no visible change in his face and ears. So, he stopped treatment after three months.

By not completing his full course of Multi- Drug Therapy, his leprosy continued untreated. His symptoms worsened. His wife, stepson and youngest son soon became infected with leprosy. His wife blamed him for passing on the disease to their family, so she ran away with her children back to her village.

The Leprosy Mission team in Papua New Guinea were able to contact trace and reach out to Mer Toge. Thanks to the support of people like you. They provided counselling and encouraged him to complete his treatment. This time, Mer Toge completed his twelve months of Multi-Drug Therapy.

After five years of pain and hurt, Mer Toge is finally cured of leprosy. He can now integrate back into society and he has found a new job! Praise God!

“My biggest joy is my face and ears are both back to normal, disability is reversed, and I have also recovered from withdrawal. I am back in my peer group and got employed as security guard…the sad thing is my wife and children are still away from me.”

Mer Toge is grateful for the generosity of supporters like you. You are helping fight leprosy in the Western Province. Thank you for not giving up on people like Mer Toge. Thank you for your faithful support!

Thank you for Saving Soles in Indian Leprosy Hospitals during the Coronavirus pandemic!

Hussaini’s healing hands are helping his community – thanks to people like you!