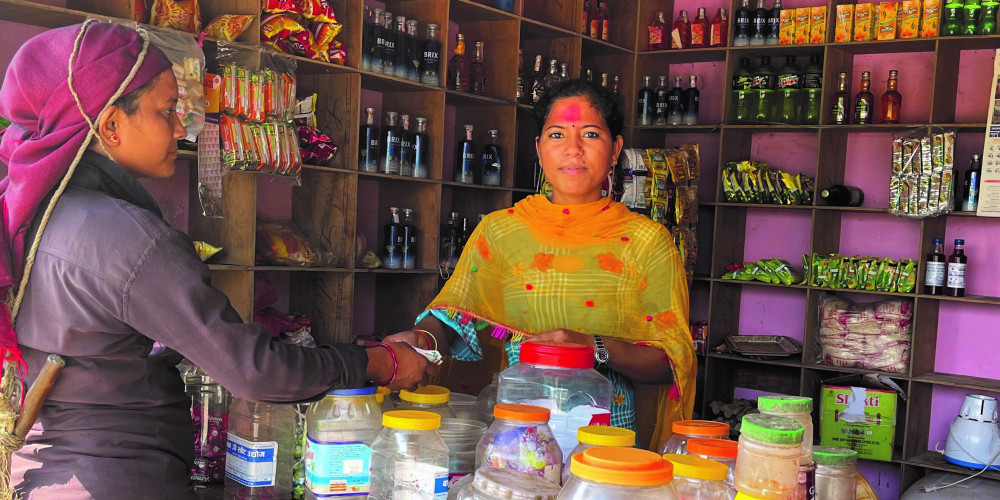 She is able to support herself and actively serve her community. She hopes to learn more things through the project in the days to come.

And she will. All because of you and people like you…

When Mayalu was a little girl, she noticed that there was a loss of sensation in certain parts of her body. When she was bitten by bugs,

she couldn’t feel it. Her family were naturally concerned. After discussion with other members of their village, they decided to seek medical assessment, and leprosy was detected. Mayalu was confident in taking Multi-Drug Therapy (the cure for leprosy) because some of the other villagers had already gotten better because of it. But in the beginning, she experienced severe pain in some areas. This has gone away over time.

When your Leprosy Mission team recently caught up with Mayalu, she shared that the stigma attached to leprosy might have reduced to some level, but there are people who still do not openly get checked out if there are symptoms of leprosy because of the shame and stigma. “It is mostly, the single women and people with disabilities who have the disease suffer the most in the community because of disgrace that the society views them with,” Mayalu told us.

Thanks to compassionate people like you, Mayalu has been receiving training to improve her health and wellbeing. She has become a Leprosy Champion in her community and has joined a Leprosy Mission Self-Help Group.

Loans through the group have allowed her to start her own small business! Now at just 22, Mayalu is group leader of a Self-Help Group through your Integrated Mobilisation of People for Active Community Transformation (IMPACT) Project. Through the generosity of people like you, she has recently started a poultry business to compliment her small kiosk shop and restaurant!

Mayalu is so thankful that even though you are across the other side of the world, you ensure your Leprosy Mission Nepal frontline team are there for her and fellow group members. “Even at times of disaster and COVID-19, aid such as soap, mask, sanitiser and food has been distributed, which eases the lives of Self-Help Group members,” Mayalu gratefully expressed.

Donate Now to Mayalu and other self-help groups in Nepal.