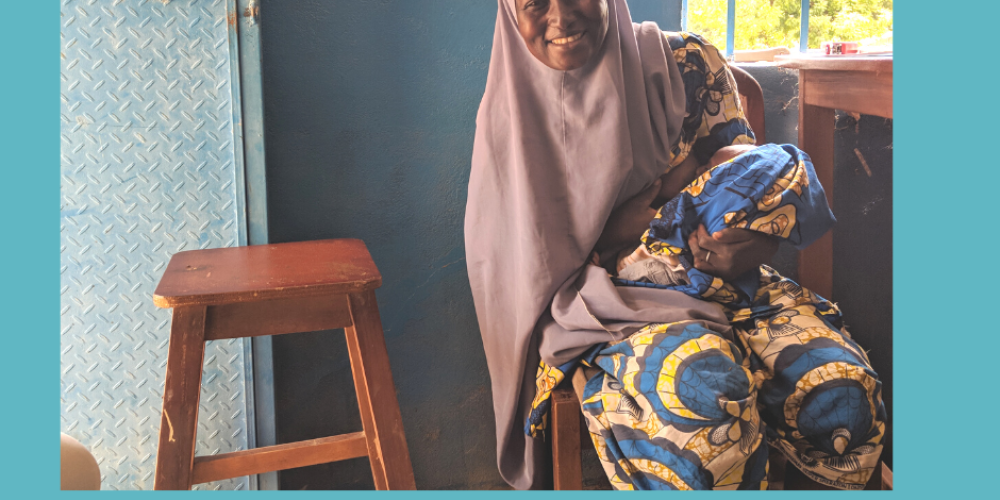 My family and I did not know what was happening. We put antibiotic powder on my ulcers, but it didn’t help. Then, when I was 15 years old, we came to the leprosy clinic. We were relieved to find out it was leprosy, because we thought it was cancer.  I was comforted too when I saw there were many other people affected by leprosy, and I was not the only one, and that I wasn’t as sick as others.  I was assured I would be cured so this was greatly comforting.

When I came to the leprosy clinic, the ulcers in my left foot were so severe, my leg had to be amputated to save my life. I had severe pain in my leg, so it was a relief to have the amputation. I was given a prosthetic leg, and also started on Multi Drug Therapy.  My husband was also physically disabled. We didn’t want to beg, so we decided to return to our village and start farming to earn a living.


We were in our village when the insecurity started. Herdsmen came to my village and started shooting with a machine gun. The bullets came through the walls of our house. They killed my father, mother, and two brothers all in the same day.

“They locked my younger brother

and his children in their house

and then set fire to it.”

Then they came back two weeks later and killed my husband. They slaughtered him in front of me as if he was an animal by cutting his throat. He couldn’t run away because of his disability.  We called for help, but it was several days before people came. It was too late. We don’t know how many people were killed. We don’t know why these men did this. It doesn’t make any sense to us.  I was pregnant at the time, and I had four young children.


The terrorists were killing the men and boys, so I dressed my three boys as girls, and we ran away. When we were fleeing our village, my prosthetic leg was damaged, and I stepped on a large thorn with my left foot.

Because my prosthetic leg was damaged, I was only able to walk with crutches…  Through The Leprosy Mission, I was able to get a new prosthetic leg, and it fits me perfectly. I much prefer using this prosthetic rather than crutches – the crutches used to cause my arms pain.  The Leprosy Mission also provided me with shoes to protect my feet. I have now remarried and am living in a different village.

My children are all in school. I have a 16yo boy, an 8yo girl, a 4yo boy, a 3yo boy, and a girl who is almost 2. I met my second husband at The Leprosy Mission hospital in Sokoto.

I am enjoying my new prosthetic leg a lot. I can even do farming now! I am part of The Leprosy Mission Self-Help Group, and I’m able to support my five children through goat-rearing.

“Thank you for supporting me to access the healthcare and the drugs that are beginning to cure me. I want God to heal me, and for me to stay in one piece.

When this happens, I know all will be well.

Truly I thank you. May God bless you and your family! Thank you, Thank you!”