No Child Should Suffer Leprosy

Your urgent donation can help heal the leprosy… and offer a child the chance to build a new life.

Satendra’s suffering started when he was only two.

His mum died, and his dad was left to struggle on alone to raise the little boy, working hard to overcome the poverty of their remote village in Nepal.

When Satendra started getting blotches on the skin of his hands and feet, local doctors thought it a mild allergy.

When his fingers and toes started losing feeling, the doctors thought it dirty water.

When the blotches became blisters, and wounds opened up and wept pus, and Satendra cried out in agony, the doctors did not know what to think, or do.

You know your donation through The Leprosy Mission can kick-start the MDT (Multi-Drug Therapy) that can heal a child of leprosy in just one year.

Your action now can prevent another child from suffering what Satendra did.

He had to give up school because he could no longer hold a pen. People began to joke about him, tease him because of his appearance, reject him because he looked different from them.

That’s when Satendra slipped into despair. Hid from his family. Took poison. Tried to die to stop his suffering. Step 1:
You find children left behind in their suffering from leprosy. They may be too poor, too far away, too scared. Tragically, they have been overlooked. You find them.

Step 2:
You provide support throughout MDT (Multi-Drug Therapy) to begin healing the leprosy … stopping them being infectious within 48 hours.

Step 3:
You support physical recovery – crutches if needed … physio … ongoing medical care to treat wounds … counselling to recover from the trauma leprosy can cause.

Donate whatever your heart leads you to.

Thanks to the compassionate heart of people like you, Satendra’s story has a happy ending that is the answer to prayer.

Satendra’s sister-in-law (who he calls mum) found him before the poison could take his life. Satendra was taken to a hospital in Kathmandu, supported by The Leprosy Mission, where his leprosy was diagnosed.

Now, Satendra is on the road to recovery.

When he thinks about the care and kindness he has received from people like you through The Leprosy Mission, he says:

“I wish to thank everyone who has helped me. I am thinking that now I have a new life!” 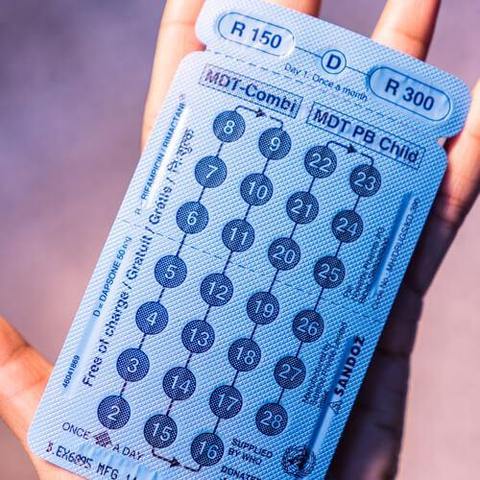