Just words? Affirming people’s dignity in everything we say. 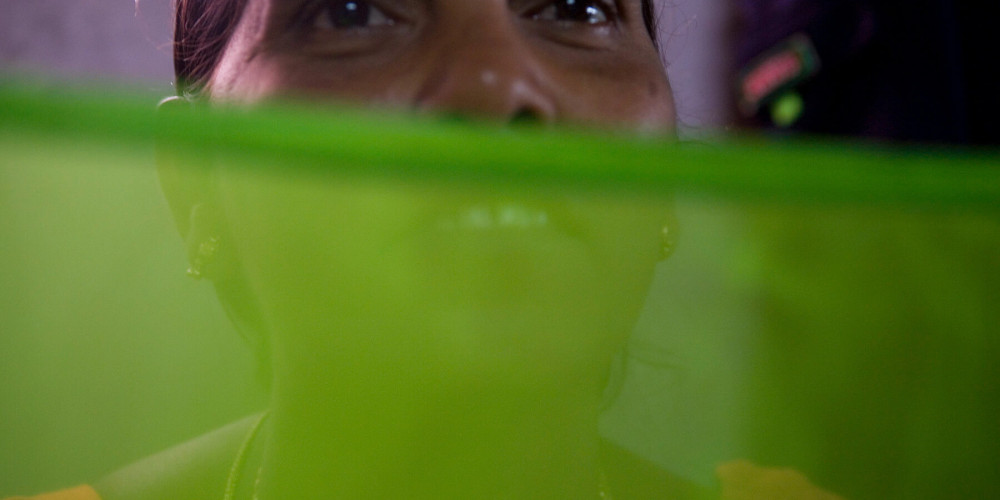 I recently had an interesting conversation with a supporter about the words that we use to talk about leprosy. She was referring to a movement that tries to identify and challenge the ways that our language harms people. She reminded me of the importance of affirming people’s dignity in everything we say. It’s a matter of justice.

A powerful example of this is rejecting the word “leper”. Unfortunately many people still use this degrading word. It shouldn’t ever be used. It’s essentially degrading because it defines someone by a disease—not as a person. This is why we’re committed to saying “a person affected by leprosy”, even if it seems clunky at times. This “people-first” language isn’t just used for people affected by leprosy. It applies to other conditions too. It has a very wide use across modern health practices and literature: the term “diabetic” has largely been replaced by “a person with diabetes”, for example.

Unfortunately it’s common for Bible translations to still use this degrading term for someone affected by leprosy. There’s no reason why this word should still be in use today. It’s either an oversight of a modern translator or a translation from a time where the dignity of people affected by leprosy wasn’t properly considered. There are some translations that don’t use this word. If those aren’t available to you, you can swap the word out for “person affected by leprosy” whenever you’re reading. Regrettably, leprosy is also widely used as a metaphor for sin. This is a greatly unjust association. It implies that people bring the disease upon themselves and it grounds the stigma of leprosy in religious beliefs. People don’t bring leprosy upon themselves. People get leprosy from bacteria, not any form of sin.

Simply by being careful how you speak, or by challenging unjust language and metaphors, you can help people affected by leprosy.

There was an academic debate to change the name of leprosy during the 1960s and 1970s. Various names were argued for, including Hansen’s Disease, Hanseniasis and Numbing Disease. But there wasn’t a universal acceptance of these terms, and people disagreed that it should change at all.

You may have heard people refer to leprosy as “Hansen’s Disease”. It’s a preference for some people and still commonly used today, but it means the same thing. It was introduced to honour the ground-breaking work of Norwegian physician Gerhard Armauer Hansen. He was the first person to identify the bacteria responsible for leprosy in 1873. A tremendous medical leap towards a cure, this discovery also helped dispel the superstition that sin causes leprosy. In the last fifty years or so there has been a decline of diseases being named after their modern discoverer. Down’s Syndrome is now known as Down Syndrome, for example. These changes are being made to avoid the suggestion that its modern discoverer had the disease or somehow owns the disease. Although it’s okay for people to use “Hansen’s Disease”, avoiding it altogether does avoid these suggestions. The World Health Organisation continues to use the word leprosy today. Most leprosy and neglected tropical disease organisations also continue that use.

It’s important that we all do our part to dismantle discrimination and protect people’s dignity. Simply by being careful how you speak, or by challenging unjust language and metaphors, you can help people affected by leprosy.

The whole Ramil family, from Nepal, has experienced stigma as a result of leprosy Photo by Tom Bradley

Stigma is one of the key obstacles to leprosy being defeated. Stigma can disempower people, hinder their treatment, further risk complications, and trap them in unemployment and poverty. Your projects are committed to addressing stigma. It’s an essential point in The Leprosy Mission’s global strategy to defeat leprosy. You can help these projects make a life-changing impact on people affected by leprosy by giving today.

You can help people affected by leprosy overcome stigma by giving counselling as a Gift of Love.