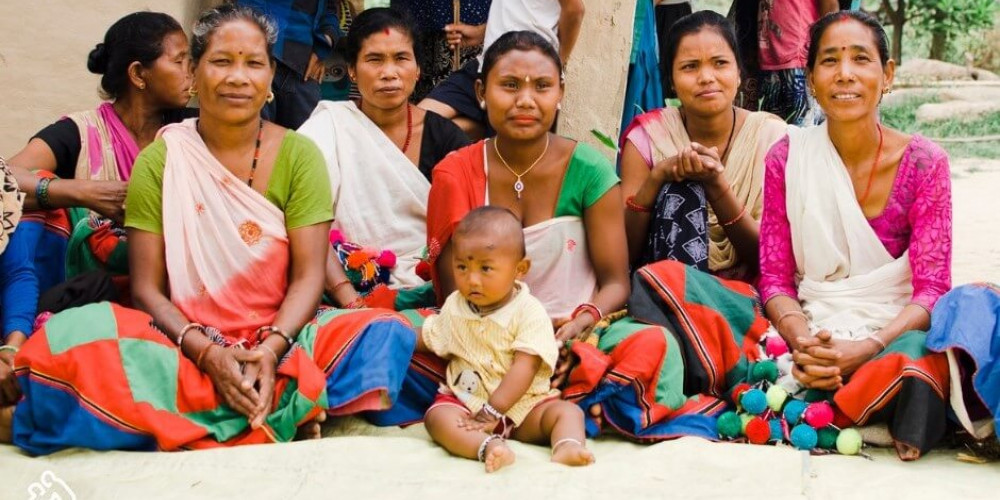 Imagine a gender equal world.  A world free of bias, stereotypes and discrimination.  A world that values diversity and inclusion.  This is a world that The Leprosy Mission is striving to achieve for people affected by leprosy.  However, as a woman living in a society where marrying well is prioritized over your education, where a woman’s role is to stay home whilst men make the decisions within the community, and having leprosy can mean that your husband can legally divorce you, a diagnosis of leprosy can feel like a death sentence for many women.  A woman diagnosed with leprosy can be abandoned by their husbands or family, forced to live with the goats, completely rejected by their friends and left to die alone.  This is the reality for women diagnosed with leprosy in some parts of the world.

Tuesday March 8th is International Women’s Day.  As the world commits to #BreakTheBias and strive for women’s equality in our communities, workplaces and beyond, The Leprosy Mission Australia is dedicated to breaking the bias for women with leprosy around the world.  We want to see communities where women with leprosy have opportunities to learn, where their opinions are valued and where they can become leaders.  In addition, we want to support women with leprosy to access holistic healthcare, which not only provides them with leprosy management, but also supports their mental health and wellbeing throughout their journey to a cure and beyond.

Women continue to be disadvantaged in the parts of the world where our projects operate.  Women are less likely to seek treatment if they are suspected of leprosy because of the stigma.  They are also less likely to have stable employment, which means that they are more likely to lose their sources of incomes if they require hospitalization for treatment of negative leprosy reactions.  Finding employment after recovery can also be difficult, as often people with leprosy are stigmatized as being contagious for the rest of their life even after being completely cured.

To #BreakTheBias, our projects view gender equality and the empowerment of women as being vitally important.  Through our projects, we have seen what women with leprosy are able to do when empowered and offered opportunities.

In the past year, our projects in Nepal (IMPACT project), Timor Leste and Nigeria have recruited gender officers dedicated to exploring and addressing gender specific concerns such as gender based violence and training of women to take on leadership roles within their communities.

Our self-help groups such as the ones in Timor Leste, include many women, who have been provided with leadership and livelihood training as well as courses in preventing domestic violence.  This has increased their self-confidence and they are now comfortable in speaking up and leading group discussions.

Recently, The Leprosy Mission Australia conducted a zoom call between our supporters and some of the Self-Help Group members in Zamfara, Nigeria.  Those on the call would recall that many of the members were women and, through an interpreter, they told their stories of how the Self-Help Group supported them and their current livelihoods.

What our Australian supporters in the call probably did not realise, was that several years ago these women would not have had the courage to speak to others and proudly tell their stories.  The Self-Help Groups have provided these women with a sense of belonging, taught them how to manage finances and gave them opportunities to independently earn incomes that are now used to support their households, particularly in supporting their children to attend school.  Taking up these offered opportunities have allowed the women to gain confidence and take pride in themselves.  It has even led to the women advocating for themselves to government ministries such as the Ministry of Agriculture.  This is a significant achievement considering the religious and cultural backdrop of rural Nigeria where women are not allowed to freely engage and speak up in their communities.

Now these empowered women have hopes and dreams for the future, with aspirations that one of their children may one day become a doctor so that there will be someone who can understand and treat others with leprosy without discrimination.

Therefore, as the world celebrates the achievement of women and strive to #BreaktheBias on International Women’s Day, we want to highlight this subset of women affected by leprosy who are often forgotten by the rest of the world.  For these women, the road to achieving equality and recognition in their communities is extremely difficult, but not impossible if given the right opportunities.