Helping people affected by leprosy and the importance of prayer 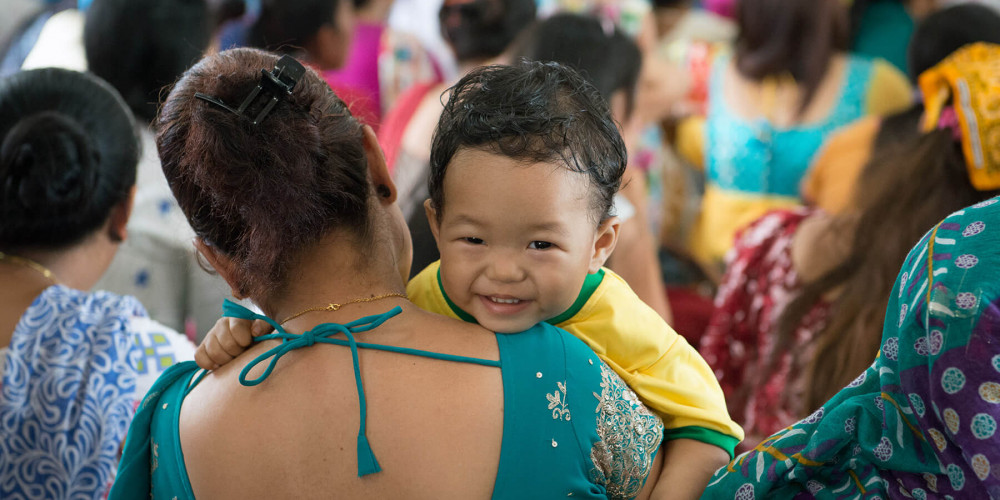 Since The Leprosy Mission began in 1878, prayer has always been of central importance. Old annals and letters are full of appeals for prayer. One of the founding members, Wellesley Bailey, returned to prayer on all matters of his work. In his retiring speech, he famously noted: “The Mission was born and cradled in prayer, it has been brought up in prayer, it has been nourished in prayer, and prayer has been at the bottom of its success since the first moments of its life. We feel we owe all, under God, to the prayer of people who have been guided by His Holy Spirit… I feel very keenly today that so much depends upon a continual waiting upon God; the living prayer of Christian people that we should be led and guided by prayer.”

Much has changed since Wellesley Bailey worked in India. Leprosy is now curable. We’re better at recognising the capability of people affected by leprosy. And The Leprosy Mission has a more inclusive name. But the emphasis on prayer still remains today. Supporters from all around the world include people affected by leprosy in their daily prayers. That won’t ever change. Every weekday morning, staff and volunteers at the office also come together to pray for others. By partnering in prayer, not only can we connect to this rich history of The Leprosy Mission, but we can unite our love for others with our faith.

“Who can fail to recognise the hand of God staying the malady [of leprosy] in answer to the prayers of multitude of Christian hearts bound by the blest tie of Christian love?”
—A letter from Mary Reed, Missionary to people affected by leprosy in India, on 9 June 1899

Many supporters have been praying for the project in Papua New Guinea. In July this year, the New Zealand government approved in principle NZD$2-million for a new project starting from January 2017 over the next five years. This will provide Natalie Smith and the Papua New Guinea team the opportunity to continue with lasting change in the country. There have also been many prayers spoken for Phil Hamilton who contracted Dengue fever during his recent trip to Timor Leste. He developed Post-Viral Fatigue syndrome as a result, but thankfully he is slowly recovering. We pray regularly that people affected by leprosy might experience something of the love of God. Our partners see this realised every day. These developments reflect God’s loving hand in the world.

Although we can ask God for things, like healing, our hopes aren’t always brought about. Even if God is always moved by them. But prayer isn’t just about asking for things. Prayer can be the “waiting upon God” to quote Wellesley Bailey. Prayer can be the still recognition of His healing will for the world, and to be led and guided by it.

As a Christian organisation we value God’s presence and want to create new opportunities to enter into it. This August there is the National Prayer Weekend. It’s an opportunity to set aside some time to pray for the projects that you support. You’re invited to do this on Saturday and Sunday, 27-28 August. You don’t have to go anywhere special. You don’t have to spend your whole weekend. Just pencil in some time to pray, as you are able to. You might like to do this with others or just by yourself. Together we can partner in prayer and make a difference.

Are Australians at risk of Buruli ulcer?

Thanks Friend, To your kindness people like Sunil are able to continue their education throughout treatment.

God’s abundance through your prayers.