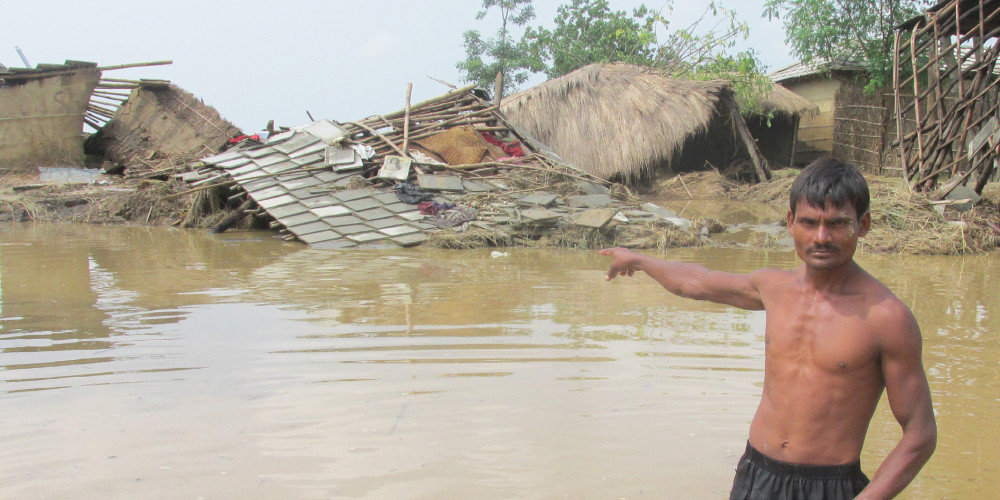 The stories that follow are part of The Leprosy Mission Global Fellowship projects. While not specifically supported by The Leprosy Mission Australia, these stories offer a clear representation of the reality for many people around the world. Those affected by leprosy and disability are at greater risk when climate change impacts their lives.

Motiur has been left jobless by climate change. He was diagnosed with leprosy in 2008. This didn’t stop him from making a good living at his tea stall near Dawood Khali River. That was until erosion of the river destroyed his business overnight. He lost his income, profits, and life savings.

Since losing his tea stall, Motiur has been searching for work, a task made much harder by leprosy. In an attempt to cover his basic needs of food, medicine, and other essentials, Motiur took on labour work, but this ultimately made him even more sick and weak.

Sheikh is the leader of a seven member family and a shrimp farm. He was first diagnosed with leprosy in 2021. Flooding and cyclones in Bagerhat added to Sheikh’s struggles.

The damage caused by the flooding and cyclones throughout his life has had a big impact on Sheikh. He has had to rebuild his home and his farm eight times.

The climate has harmed Sheikh’s shrimp farming as excess salt in the water is affecting the quality of his product. The physical challenge of removing this salt is made harder by leprosy.

“How many times will I have to pay for frequent cyclones? What can I do to recover from financial loss? How can I remove this extreme salt from my shrimp farm?”