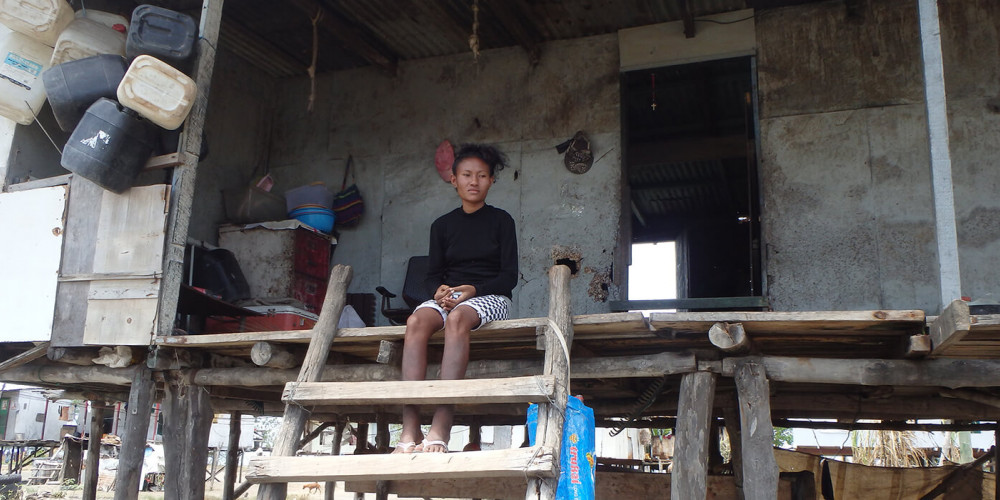 A young girl clings to her mother’s leg and turns her face away. I notice the spot on her face and ask her mother.

“She’s on treatment,” the mother said.

I wonder how a small girl of five could be diagnosed with leprosy.

Her mother continued, “Her father is on treatment too.”

Two houses from my friend’s house another young girl of about 8, rests one of her feet on her other leg. I could see the sore from where I was sitting and walked over to her. She is shy and puts her feet down and looks to the ground.

It is a story hidden in a fast growing city of Port Moresby in Papua New Guinea (PNG). As many rush here and there in the midst of fast-moving vehicles, and large infrastructure shifts, girls like my two little friends risk losing parts of their bodies.  Shy and vulnerable they ask for nothing but their family’s love. In most cases this is the biggest problem, when parents neglect children and deny them proper  medication for their skin patches, because they can’t afford the bus fare to the hospital.  Often they are not detected with leprosy until a health worker finds a sore that has not healed for almost four or five years.

The Leprosy Mission PNG’s efforts in fighting leprosy have worked, and in year 2000 the PNG government declared leprosy eliminated as a public health problem in the country. However, the problem has persisted quietly in last 10 to 15 years and has now surfaced in PNG’s capital Port Moresby, and the Central, Sandaun and Western Provinces.

This year The Leprosy Mission PNG re-enrolled five children back in school in its efforts to keep an interest in families affected by leprosy and to raise awareness about stigma related to leprosy in those schools. The feedback from these schools has been positive.

In two villages two fathers are smiling again as their daughters go to school with beaming faces. One father said, “Theresa is always shy and hiding in the house. Since she got her school uniform she hasn’t stopped smiling and that makes me happy too.”

The Leprosy Mission is currently implementing a Sustainable Livelihood Development Project (SLDP) in the hope of giving families affected by leprosy a chance to change their health practices, develop income generating activities and live life to the full in their communities.

Please pray our efforts are successful.

Rosa Koian is currently leading the SLDP in Papua New Guinea. She will be visiting Australia in September and October 2018.

Please pray for her safe travels in both countries.

To find out where Rosa will be speaking go to the events page, FREECALL 1800 LEPROSY (1800 537 767) or email engage@leprosymission.org.au

You’re helping to find, cure and heal dads like Agustino AND their families! Thank you.